This is Nail Yakupov's Global Series home set that he wore against the Ottawa Senators on Novemvber 10th, 2017 in the NHL Global Series in Stockholm, Sweden.  This sweater is the new Adidas style on ice sweater.  This sweater is mostly pristine as would be expected from a one game worn sweater.  Yak opened the scoring in the game at 8:16 of the 1st period with a power play goal assisted by Alexander Kerfoot and Colin Wilson. The Avalanche lost the game to the Ottawa Senators by the score of 4-3 in overtime. I am very excited to add this sweater to my Avalanche game worn sweater collection. 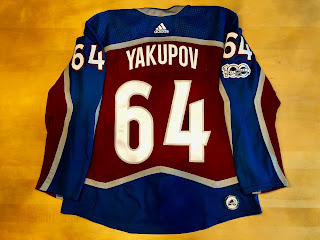 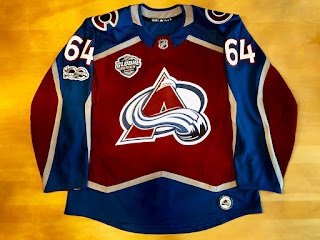 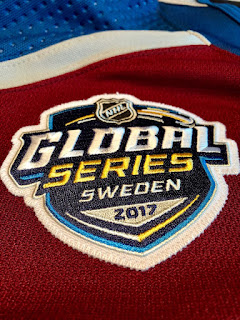 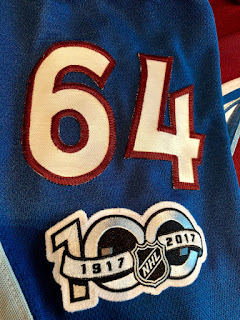 The Colorado Avalanche set tag in rear hem of sweater 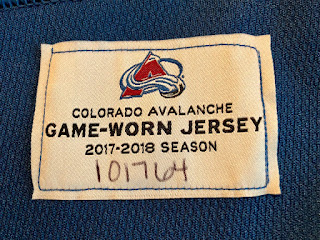 Yak gets ready to jump on the ice with Captain Landeskog 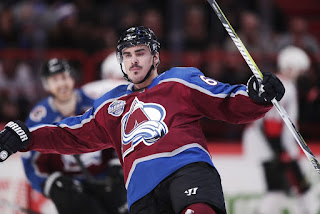 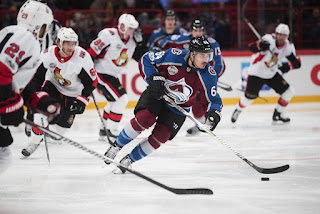