This amazing sweater is one of Gabriel Landeskog's game worn sweaters from the World Cup of Hockey tournament played in September of 2016. Captain Landy wore this sweater in the 2nd and 3rd period of Team Sweden's game vs Russia on September 18th, 2016 at the Air Canada Center in Toronto, Ontario.  Landeskog scored in the 2nd period in the jersey on a feed from defenseman Erik Karlsson rifling one off the post an into the net past Russian net minder Sergei Bobrovsky. Team Sweden won the game 2-1.  This Adidas MIC hockey sweater was the new Adidas on ice hockey sweater that the NHL would start using a month later at the start of the 2016-17 NHL season.  I am extremely excited to have added this amazing Landeskog game worn sweater to my collection.. 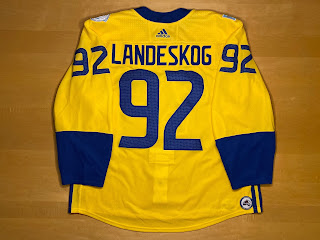 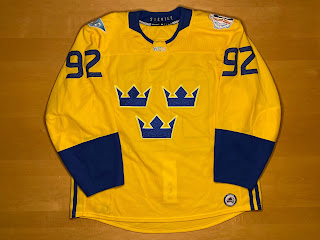 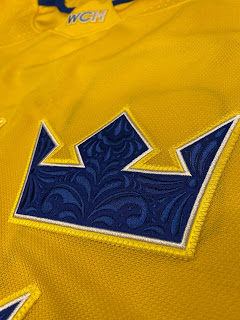 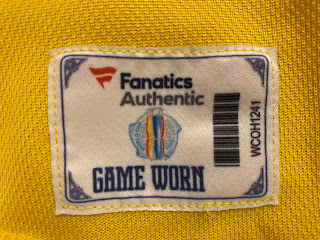 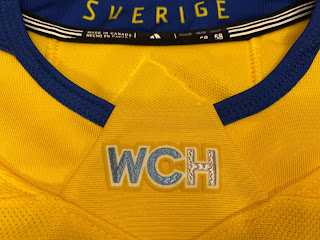 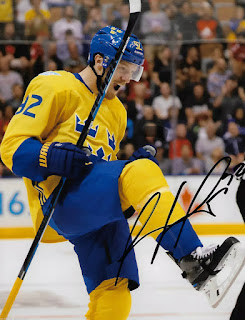