This is Gabe Landeskog's sweater that was worn during the NHL Media Week in Toronto in September 2015.  It features the new look design Avs sweaters with the State of Colorado C on the shoulders replacing the Yeti foot and the Avs' 20th Anniversary season patch adorns the left side of the sweater.  The new game sweater also features the softer felt NHL logo on the collar.. I am excited to be the first Avs collector to own a game issued new style sweater.  Sweater has MeiGray tags and LOA from NHL.  It came signed by Landy on the back of the sweater. 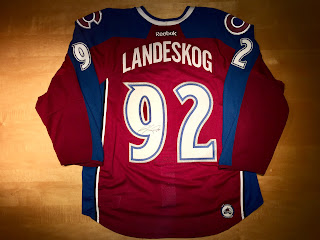 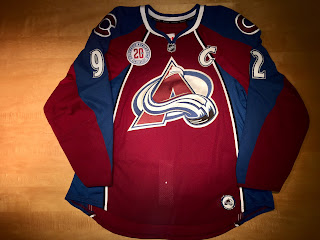 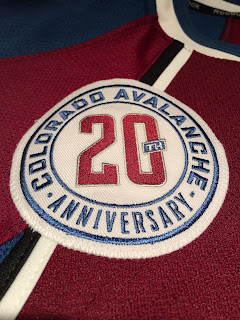 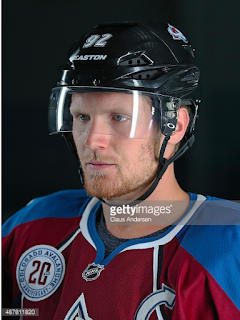 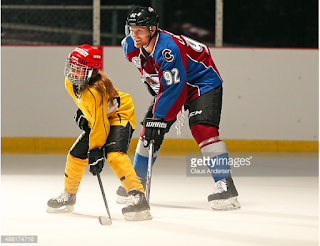 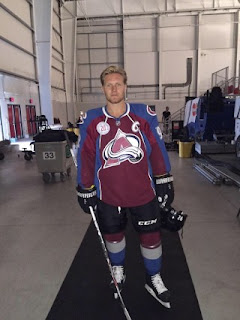