This is Cale Makar’s game worn sweater from Pride Night at Ball Arena on March 5th, 2022. The Avalanche wore this special issue set for 1 night to celebrate gay equality, unity and hockey for all. The Avs hosted the Calgary Flames who were the hottest team in the league of late. This was a great, playoff style hockey game. A very physical, tight checking game that was contested. The game went into overtime where Johnny Gaudreau scored on a semi breakaway on Pavel Francouz to end it 4-3.  Makar wore this game worn sweater for 25 minutes that night with a beautiful assist on a goal by Nathan MacKinnon.. The jersey displays very light board burns and some creasing in the rear 8 as it seems to always tuck in behind Makar’s breezers. Wear over is light, typical of a sweater worn for 1 game. I am extremely happy that I have added a game worn jersey of a generational talent like Cale Makar. He will undoubtedly be adding Norris Trophy’s and Stanley Cups to his already impressive resume. Makar is one special player. 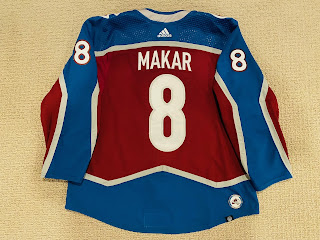 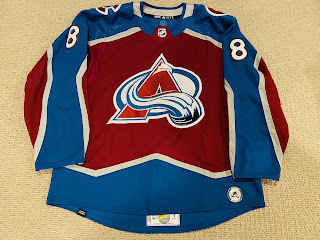 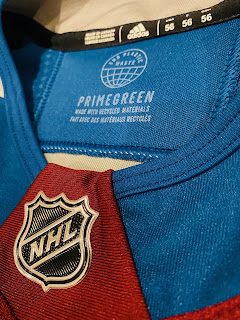 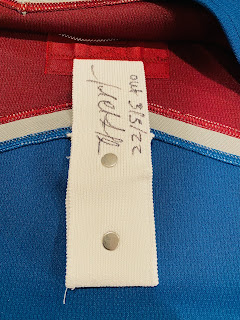 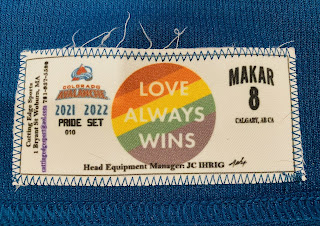 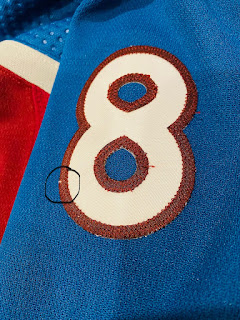 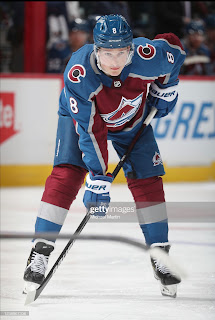 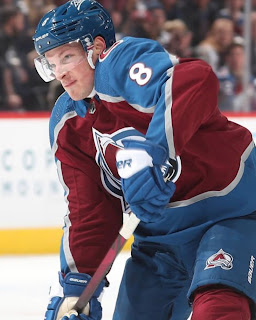