2006-07 John-Michael Liles Set 3 Road.. The sweater has decent wear with some heavy pilling in the rear inner hem.. I was able to photomatch the sweater to a game against Vancouver in early April, 2007. Liles was a very good defenseman and a very popular guy in the Avs' locker room. During his tenure with the Avalanche, JML established himself as the Avs’ top offensive defenseman and powerplay QB. I am very happy to have added one of his coveted sweaters to my Avalanche collection. 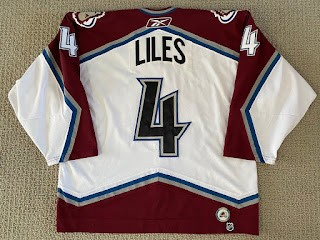 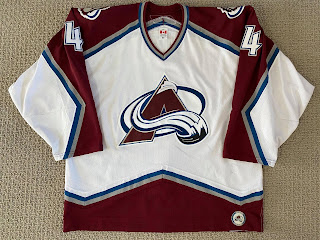 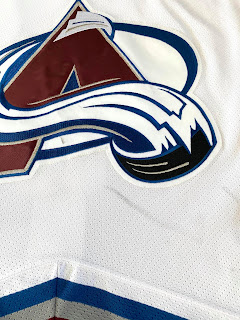 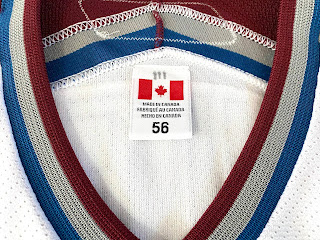 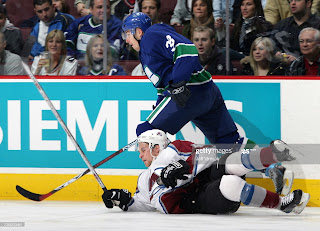 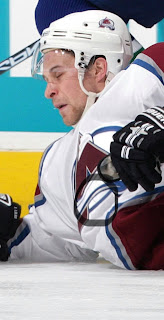 This is Scott Parker's Set 1 Road sweater from the 2002-03 season... "The Sheriff" as Parker was known as,, was a Stanley Cup champion with the Avs in 2001 and was the team enforcer. The sweater has lighter wear,, consisting of some stick and puck marks as well as some pilling in rear hem.  In the 2002-03 campaign Parker had 82 penalty minutes with 4 points in 43 games.. Very happy to add one of "The Sheriff's" sweaters to my Avalanche game worn collection. Currently trying to track down a photo match. 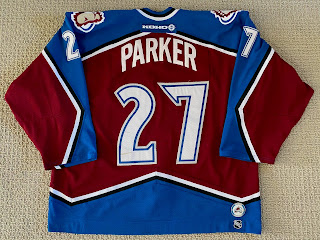 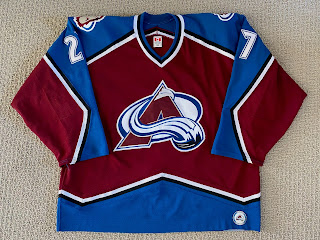 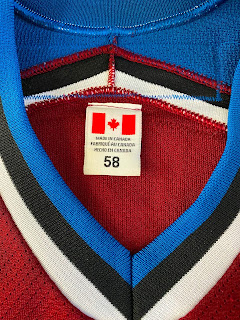 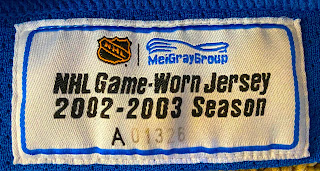 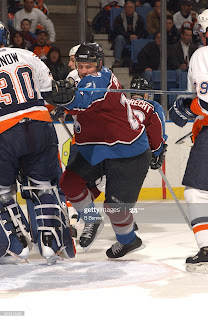 This is Sandis Ozolinsh's set 3 Home jersey from the 1996-97 season.. This is a beautiful example of a second year Avs' Starter sweater... The sweater exhibits excellent wear with stick and puck marks throughout...Ozolinsh was a very good defenseman during his career, making NHL all star teams and winning the Stanley Cup with the Avalanche. He has the best season statistcally of his career in 1996-97 with Colorado.. He scored 23 goal and added 45 assists for 68 points. 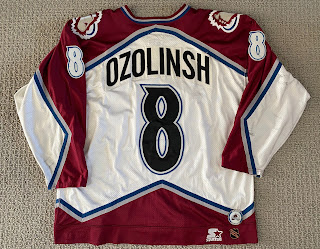 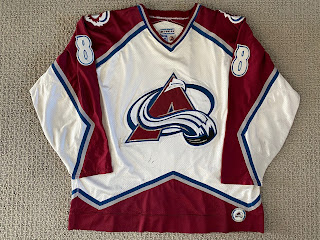 Size Tag in inside hem 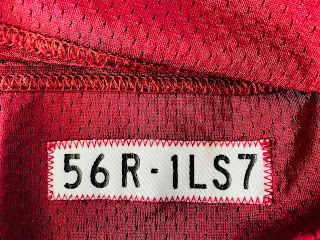 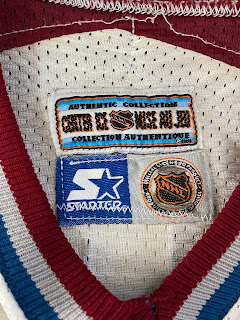 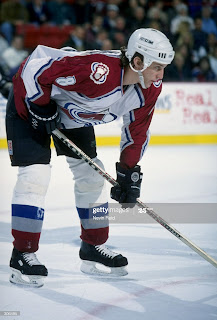 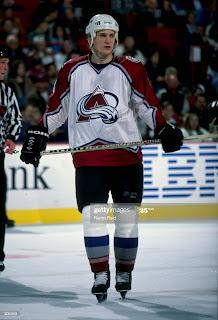