This is Gabriel Landeskog's opening night Colorado Avalanche game sweater worn on January 13th, 2021 at Ball Arena vs St. Louis Blues.   The Avs didn't start off their COVID shortened season all that well losing to the rival Blues, 4-1. The captain wore this sweater in the game and logged 18:55 of ice time in it and was a plus/minus -3 :( .. The jersey has some decent photomatch-able wear despite being worn for one game.. Marks on the crest, loose whiskers and glue residue were all photomatched.  The 25th anniversary patch adorns the left chest and the sweaters were all signed by the player who wore it. 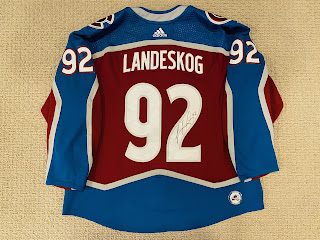 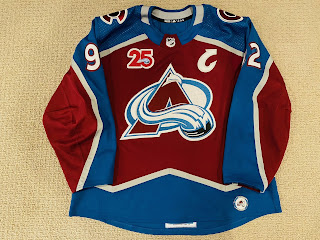 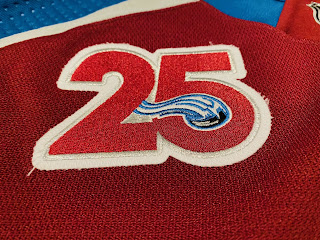 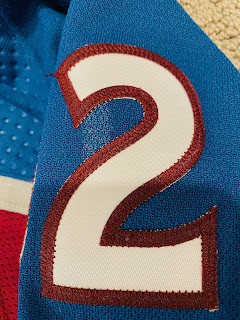 Opening night Set Tag on rear hem, with player's name, number and hometown. Cutting Edge Sports is again the customizer for this season and JC Ihrig, The Avs' equipment manager has signed the fight strap 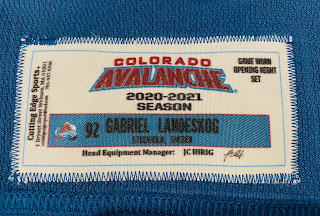 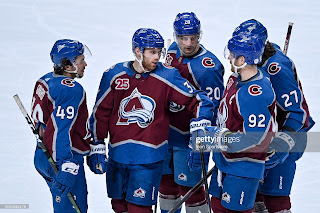 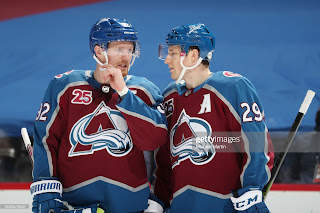 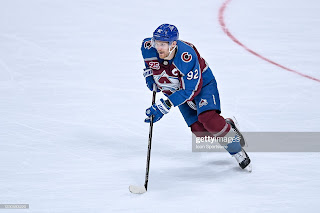 This is Steven Reinprecht's Set 1 Alternate sweater from the 2001-02 Season.. Rhino is a Stanley Cup champion with the Avalanche in 2001... He played 3 seasons with the Avalanche scoring 40 goals and 64 assists for 104 points... This is the original burgundy third set that the Avalanche unveiled in the 2001-02 season. This sweater exhibits nice game wear with several board burns, stick and puck marks as well as customized collar laces.. 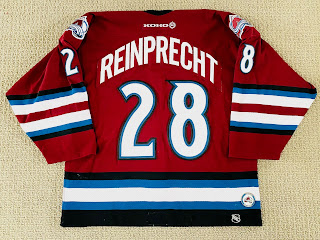 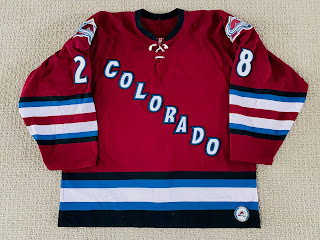 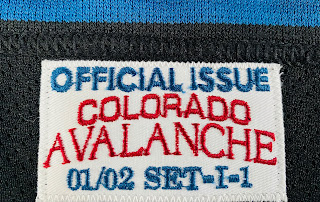 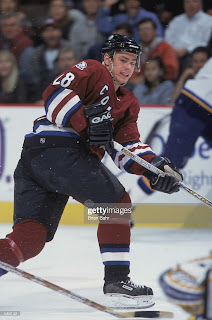 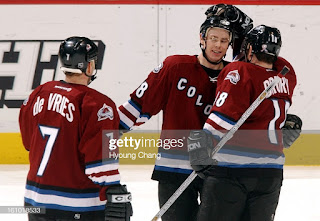