This is Gabriel Landeskog's Set 1 home sweater from the 2011-12 season in which Landeskog was a rookie.. Landeskog wore this sweater in 13 home games from the beginning of the season, through November 30, 2011.  He did not score in this sweater, but he had 4 assists.  Landy had a stellar rookie season scoring 22 goals and 30 assists for 52 points.  The following season, Landeskog becomes the youngest captain in the history of the NHL at 19.9 years old.  This sweater exhibits great wear with several team repairs on both sleeves and heavy interior pilling.  Landeskog represents part of the young core of the Colorado Avalanche and I am extremely lucky to have added one of his rookie sweaters to my collection.. 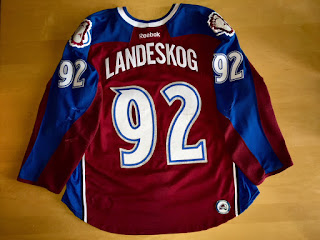 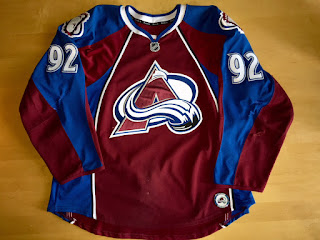 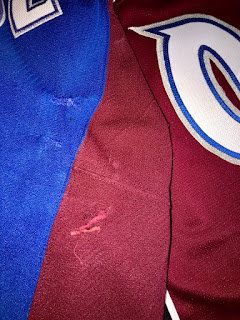 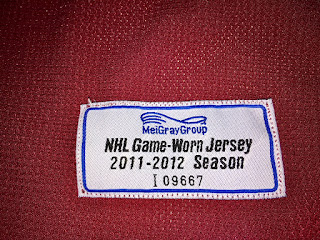 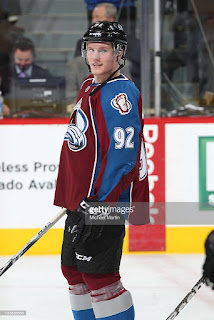 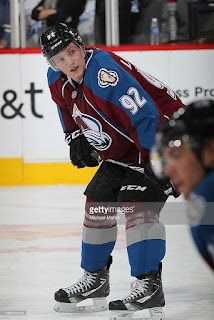 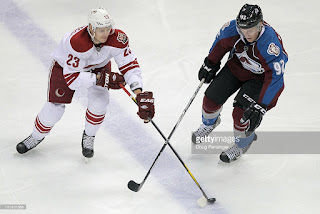 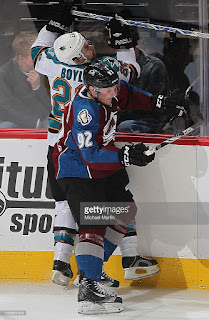 This is Gabriel Landeskog's Stadium Series game worn jersey from the 2016 Coors Light Stadium Series game vs Detroit Red Wings.  The game was played on February 27th, 2016 at Coors Field in Denver, CO. Landeskog wore this sweater in period 2 of the game. The sweater exhibits light wear,, as to be expected from a sweater that was worn in only 1 period.  The players wore different sweaters in each of the 3 periods of the game and a 4th set was worn for warmups. Captain Landeskog factored in on 2 of the Colorado Avalanche goals with assists. The Red Wings defeated the Avalanche 5-3 on a very memorable night in Denver, Colorado.  I am glad to have acquired this amazing game worn sweater to remember this night by.. 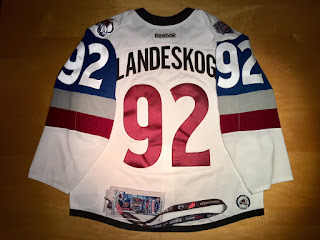 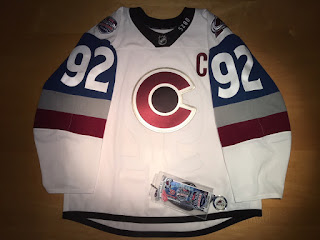 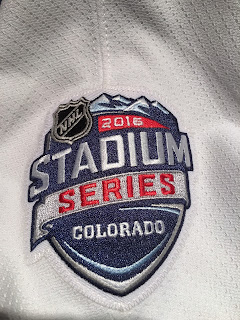 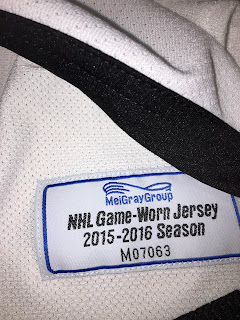 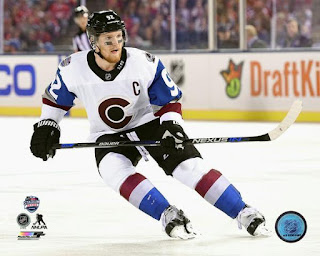 This is Dan Hinote's Set 1 Alternate 3rd sweater for the 2005-06 season.  This is without a doubt one of my favorite Avalanche sweaters in my collection.. 2005-06 turned out to be Hinote's last season with the Avs before moving on to the St. Louis Blues.  He scored 5 goals and added 8 assists that year.  Hinote's best years were with the Colorado Avalanche.  He won the Stanley Cup with the team in 2000-01 season.  This sweater has very light use.. A couple of marks and a burn on the right shoulder which is photo matched. 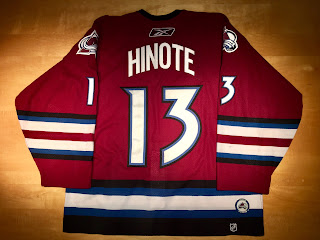 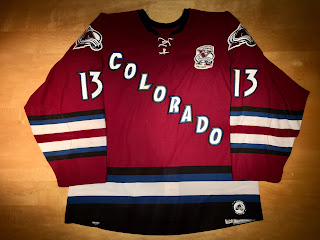 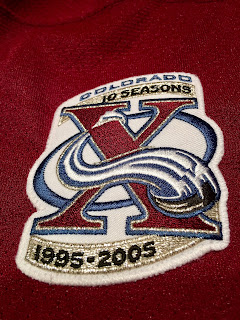 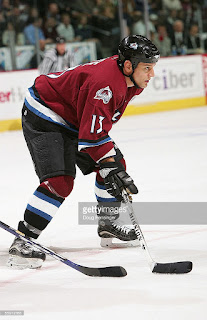 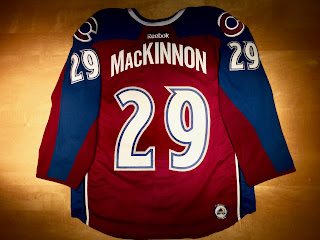 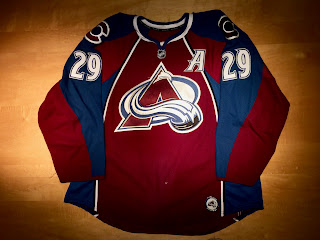 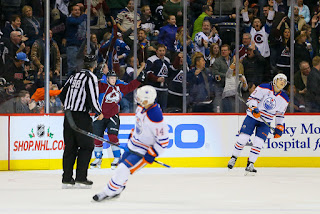 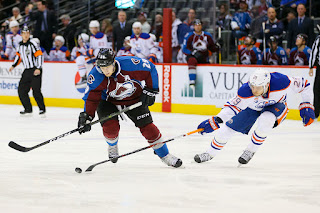 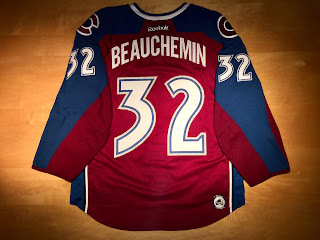 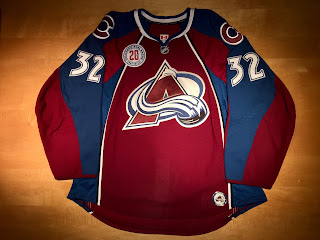 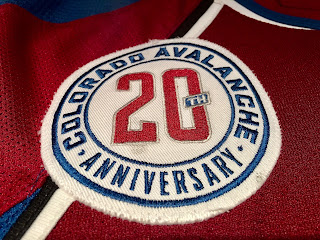 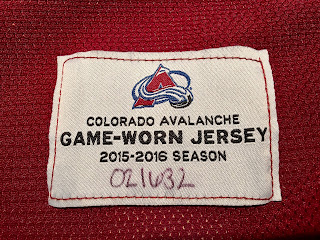 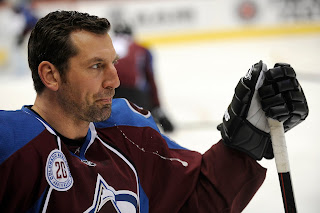 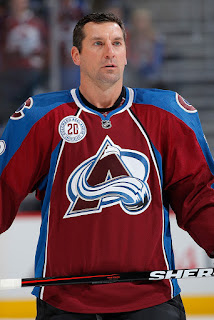