This is Darcy Tucker's set 1 road game worn sweater from then 2008-09 season. Tucker joined the Avs' after a long stint with the Toronto Maple Leafs.  Tucker was an agitator who didn't shy away from the fisticuffs and getting under the other team's best players skin... In his first year with the Avalanche he scored 8 goals and added 8 assists for 16 points in 63 games. The sweater exhibits decent game use with stick and puck marks, pilling in rear hem and some bleeding of the burgundy onto the white of the sweater. I was able to photo match the sweater to the dark mark on the left sleeve below.. The sweater is a size 58 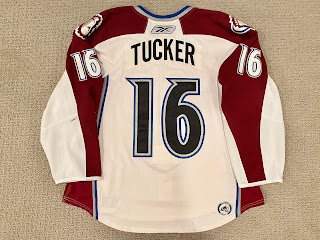 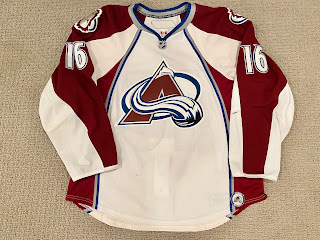 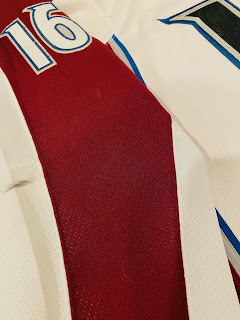 The MeiGray tag in rear hem 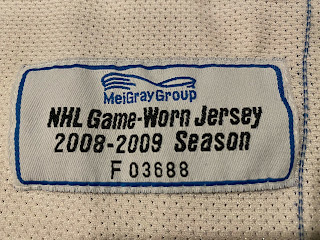 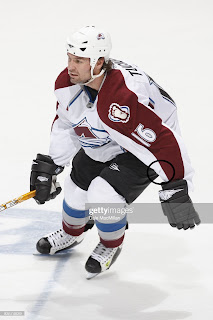 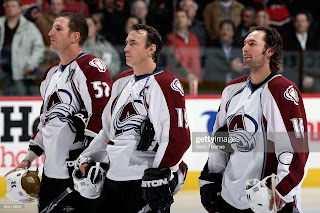