This is Dan Hinote's Set 2 road sweater from the 2005-06 10th anniversary season.  Very good wear on this sweater with several puck and stick marks throughout..  The Avs sweater has the Avalanche's 10th anniversary patch adorning the right chest. This is a later 6100 style Reebok jersey.  A very nice example of a game sweater of a very popular Stanley Cup winning Avalanche player.  I was very happy to add this sweater to my Avalanche game worn jersey collection. 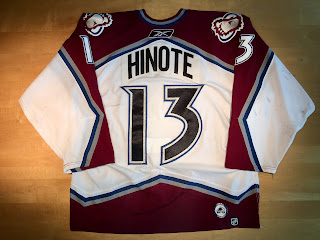 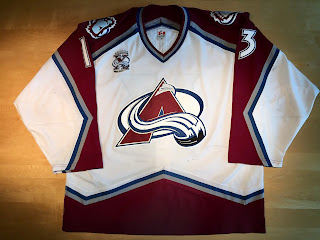 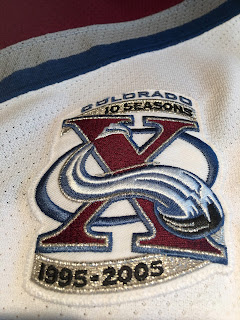 Here is Hinote wearing the sweater in a road game vs. New Jersey Devils in 2006. 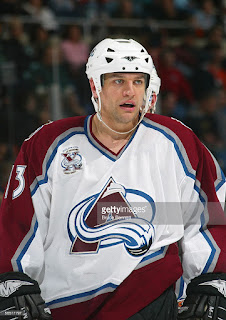 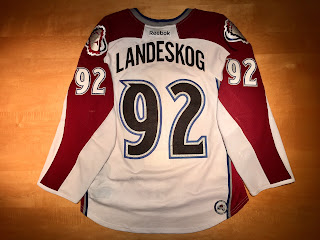 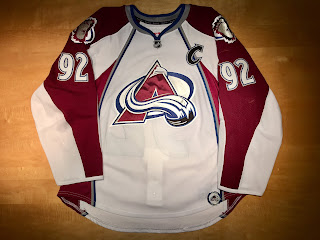 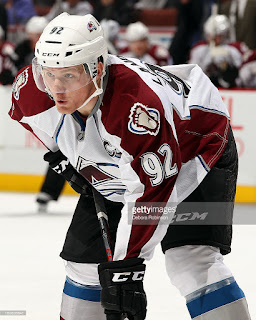 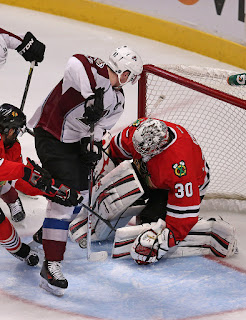 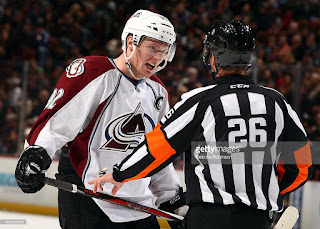 This is Tyson Barrie's Colorado Avalanche alternate 3rd Set 1 sweater from the Avalanche's 20th Anniversary season which had it's unveiling earlier this season. It was worn in games from October 24th (Alt 3rd Debut Game) through December 31st.  The jersey exhibits good game use with board burns on both sleeves, an unrepaired hole on the back of the sweater and very extensive pilling on the front and back hem of sweater. Barrie logged 4 assists in the 6 games that he wore this Set 1 alternate sweater. 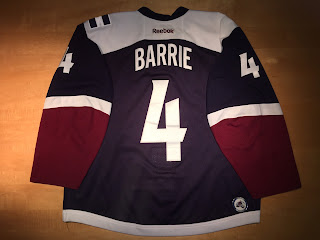 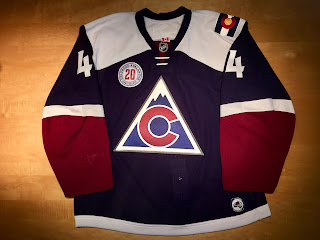 Here are two photos of Tyson Barrie wearing this sweater on November 6, 2015 vs. NY Rangers 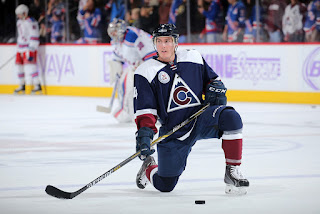 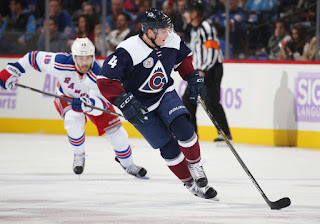