This is Sam Girard's Global Series home set that he wore against the Ottawa Senators on November 9th, 2017 in the NHL Global Series in Stockholm, Sweden.  This sweater is the new Adidas style on ice sweater.  This sweater is mostly pristine as would be expected from a one game worn sweater. This is the first road sweater that Girard wore for the Avalanche as he was just traded to the Avs from the Nashville Predators. The Avalanche lost this game in OT 4-3 on an overtime goal by Mark Stone.. 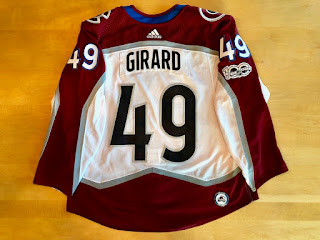 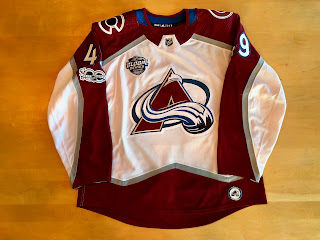 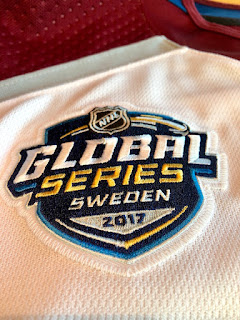 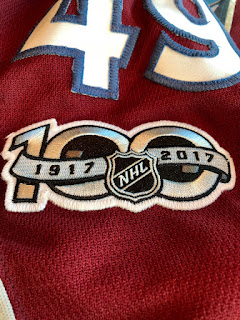 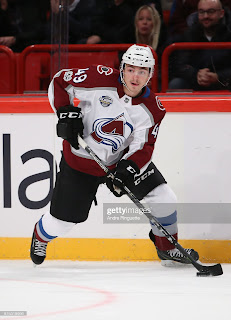 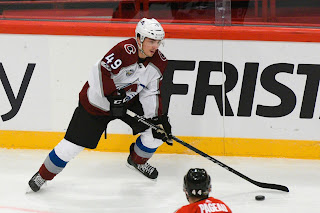 This is Gabriel Landeskog's Set 1 home game worn sweater from the strike shortened 2012-13 season.. This sweater is Landeskog's first home captain's sweater! The sweater exhibits decent game wear,, will some trauma to the collar, paint transfer and board burns as well as two stick marks on the left arm numbers.  The sweater has been photo matched in several home games in January-March 2013.  Landeskog was wearing the sweater on on March 8th, 2013 when the Avalanche ended the Chicago Blackhawks 24 game win streak. I was at this game and it was amazing with the Avs' fans chanting "Streak is Over" overwhelming the many Blackhawks fans in attendance.. I ve have made it a focus to collect my favorite player's sweaters so I am obviously very excited to add another Captain Landeskog game worn sweater to my collection. 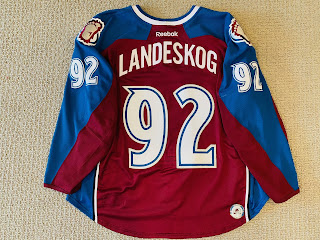 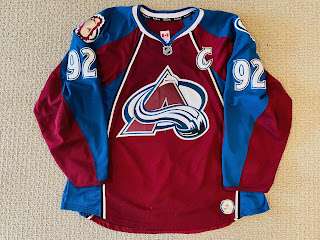 The Stick marks are prevalent on the left arm of the sweater and has been photomatched several times. 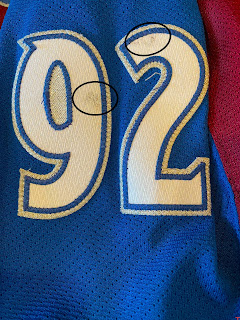 MeiGray Set Tag on inside hem of sweater 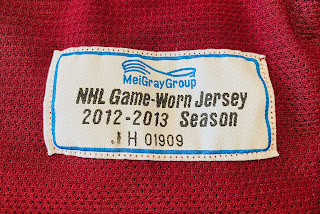 Here are four spot on photomatches of the sweater in game action. 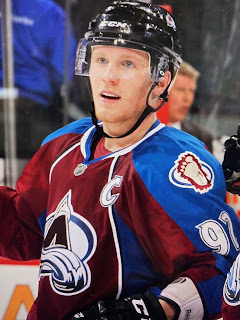 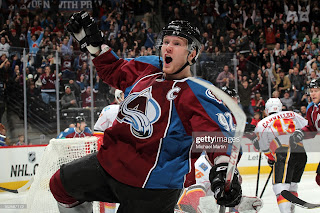 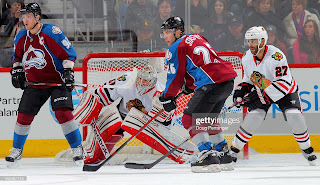 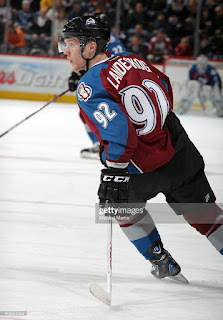