This is Tyson Barrie's set 2 road game worn sweater from the 2017-18 season.  This game worn sweater exhibits great wear with several team repairs on both arms and one on the right shoulder.  The sweater is photomatched to Tyson's franchise record setting 5 points in a game for an Avalanche defenseman vs the Vancouver Canucks in February 2018. Barrie scored 1 goal and added 4 assists in the game.  It was a memorable game as the Avalanche erased a 3 goal deficit to win the game in overtime.. 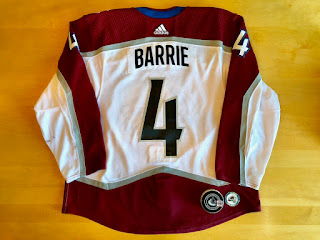 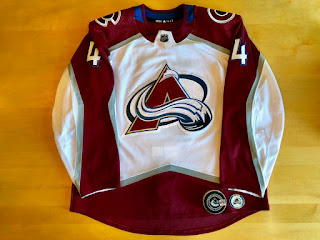 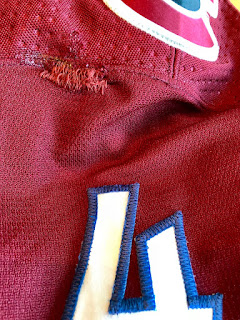 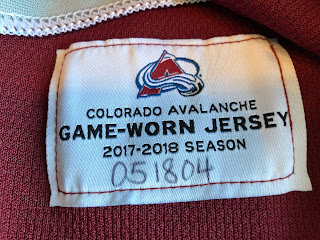 Here is a photomatch (repair on shoulder) of Barrie celebrating with MacKinnon and Landeskog wearing the sweater in the game vs Vancouver on February 20th, 2018. 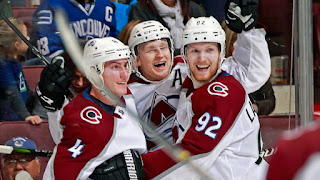